Dorota Miśkiewicz and Kwadrofonik band have received a gold record for the album called „Lutosławski, Tuwim. Piosenki nie tylko dla dzieci” („Lutoslawski, Tuwim. Songs not only for children.”). Now they are launching the Autumn tour during which the artists will perform tracks from the awarded album.

The success of the record showed that the songs created in the 40s have not lost their charm. Now these songs have been given a modern touch, combining the sound of two pianos, a wide range of percussion instruments and the voice of Dorota Miśkiewicz who, in addition to singing with a variety of musical colors, revealed also acting zest, enchanting children with musical storytelling.

The album contains various orchestras and is thus a truly creative arrangement of the pieces Lutosławski wrote especially for children. The success of the record is proved by the fact that it is loved not only by the youngest ones but also by their parents and grandparents!
Both the album and the accompanying concerts are a combination of two challenging genres: classical music and jazz. Arrangement ideas of instrumentalists known for their contemporary classical music performances are anchored in Dorota’s jazz vocals. It turns out, however, that something that adults find difficult, for children is quite the opposite. The youngest do not speculate on whether the music is easy, they do not analyze harmonics, they just listen to it.
The concerts, supported by the Ministry of Culture and National Heritage, are enriched with moving visuals by Jago VJ. Moreover, at the events kids can have a closer look at instruments typical for large philharmonic halls. They get to know their names, shapes and sound capabilities. It is worth noting that during the show musicians invite children to sing a few songs prepared for the occasion in the course of special workshops. It is also because of this active participation that the young recipients can identify more with the songs of Lutosławski and Tuwim, and thus feel that these pieces are written about them and for them. 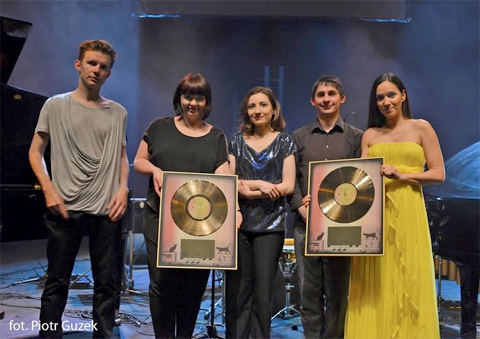